Every business that switched to remote working at the beginning of the pandemic must now consider the return to the office and review their options. However, asking people if they want to return to the office before they’ve actually tried returning is an inherently flawed approach. 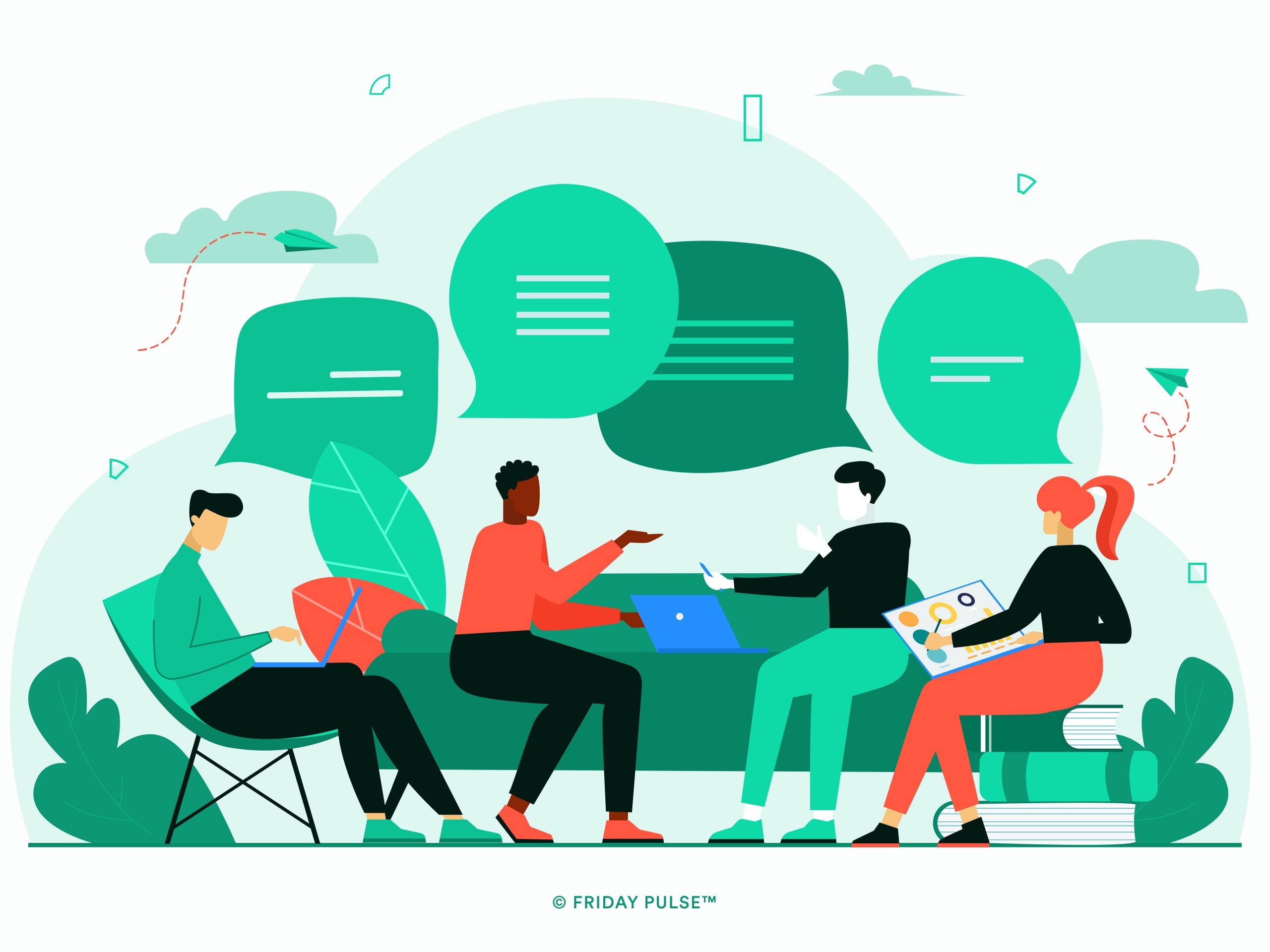 There’s been a lot of tough talk about returning to the office lately.

For example, Morgan Stanley’s Chief Executive James Gorman told his New York based employees, “If you can go into a restaurant in New York City, you can come into the office and we want you in the office.”

For him, the return to the office was important for junior members of staff that were still in training. “The office is where we teach, where our interns learn. That’s how we develop people. Where you build all the soft cues that go with having a successful career that aren’t just about Zoom presentations.”

In contrast to Goldman Sachs, which told its employees that they had to return to the office, Morgan Stanley has yet to ‘dictate’ their people’s return. Some other companies, like Apple, are facing pushback from their employees after requiring attendance three days a week.

“Over the last year, we often felt not just unheard but, at times, actively ignored,” Apple employees said.

Outlawing working from home is unreasonable — especially if we’ve spent the last year proving that it can work. So, what is the way right way forward?

The flaw in polling about returning

Every business that switched to remote working at the beginning of the outbreak must consider the return to the office and consider their options. A recent HBR article – Don’t Let Employees Pick their WFH Days – reported 70% of firms plan to move to some form of hybrid working. Yet, when employees are polled it shows a deeper conflict. 32% of those surveyed say they never want to return to the office, while 21% never want to spend another day working from home.

The problem is, this approach of polling is inherently flawed.

Dominic Monkhouse, one of our partners, wrote, “More than half of your staff will say they don’t want to pay the tax that’s the daily commute. And that’s because your office, culture and purpose that you’re leading with aren’t compelling enough. It’s on you. It’s time to show some leadership and get everyone back in the office.”

We agree that there is a certain productivity that comes from working side-by-side with your peers. There is critical learning, teaching and bonding that can’t be done anywhere else. The pandemic proved that we could work remotely, but it also proved that we need to be together as well. Yet, asking people if they want to return to the office before they’ve actually tried returning is an inherently flawed approach from a statistical perspective.

When we ask people to project about what they would like to do in the future, they’re often not good at making good decisions. The reason for this is simple: we’re all bad at predicting how we will feel in the future. Whereas when we do something, we gather more information. And, when we have more information, we can make better decisions.

How to ask your people to return to the office

When we ask people about whether they want to return long-term before they’ve actually gone back to the office, we’re asking them to predict the future based on how they think things are right now. Given the multitude of anxious states out there, this is unlikely to produce good results.

Instead, we recommend taking a Friday Pulse approach where after an experience you ask people to rate how it was. So, instead of just polling your people, consider trying this experiment with them:

The data you collect after their return to the office will be much more robust and reliable than the poll data from before their return. This is because they’re now making an informed decision based on an experience they’ve had, rather than imagined.

“We are pandering to the whims of people and not focusing on the business needs.”

This common sentiment sums up the delicate balance leaders must walk between being facilitative and directive. If you dictate too much by focusing on the business need over your people, you will get a revolt. But you want to be a compassionate and supporting leader, so how do you juggle these two objectives?

Leaders are the ones that make the decisions. Yet, good leaders take their people on the journey with them, and are able to drive consensus and share collective experiences to build a base of good information. And, while some may be reluctant to return initially, over time, their views may change when they hear from other team members.

The experiment should be conducted weekly so you can track the mood and comfort of your people. You may find many are anxious to get back to the office, or some want only a few days a week. You may then decide to adopt a flexible schedule and establish ‘core hours’ where everyone is in the office on a certain day per week. There are lots of options, and one size will not fit all businesses.

However, companies need to be wary of creating sub-groups. According to the HBR article, when some employees work in the office and some work at home, companies may develop an in-group and out-group. Those in the office have unlimited opportunities for serendipitous interactions – ones that can boost their in-office relationships and, in turn, careers.

But if you have your own data about how your employees are experiencing the changes and are wary of creating sub-groups, then together, you will be able to make better joint decisions. 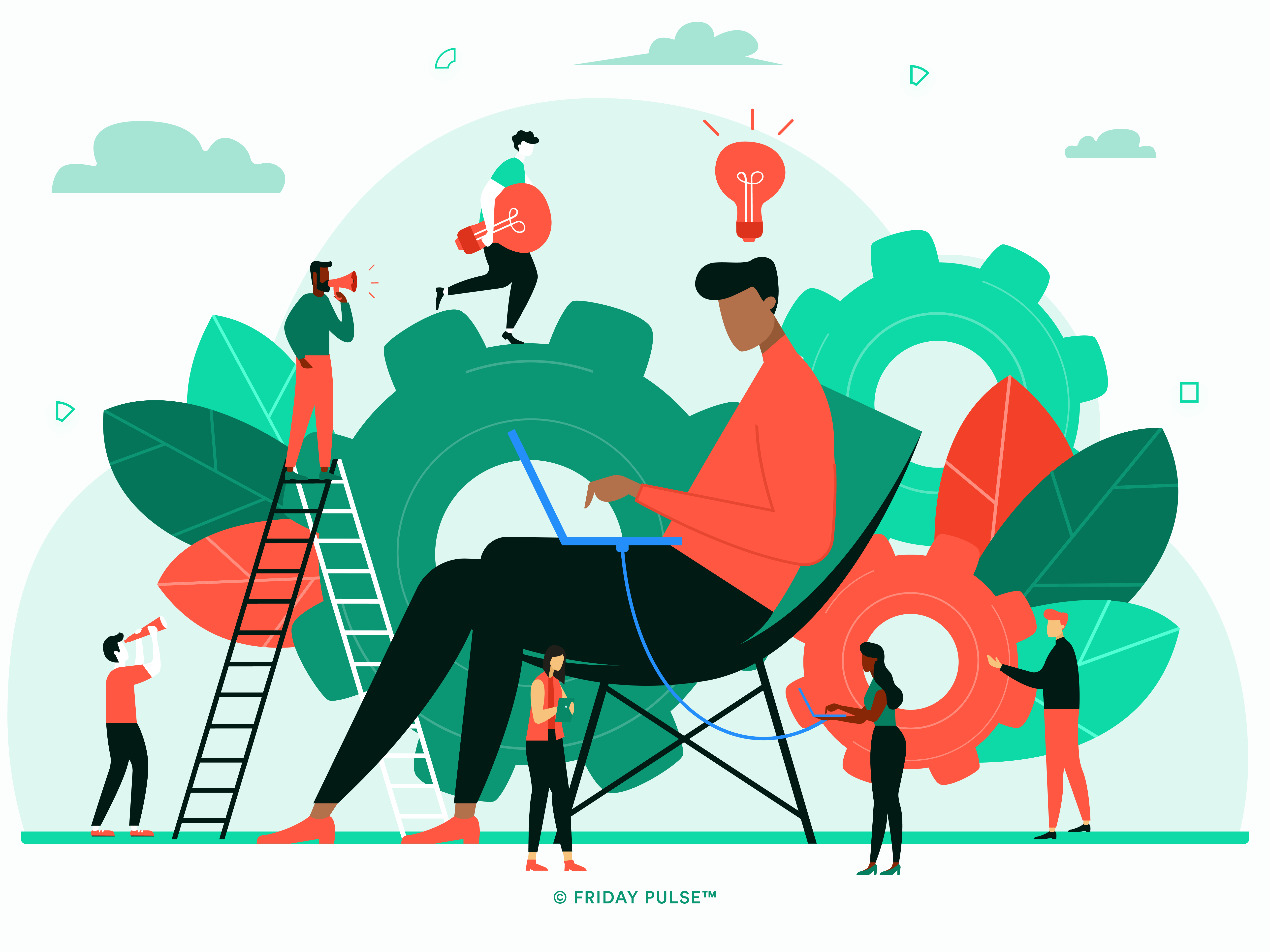 Hybrid is the new normal with most people returning to the office for at least some of the time. Leaders need to make deliberate efforts to encourage positive social interaction amongst teams, whilst they think how the office fits into their business. 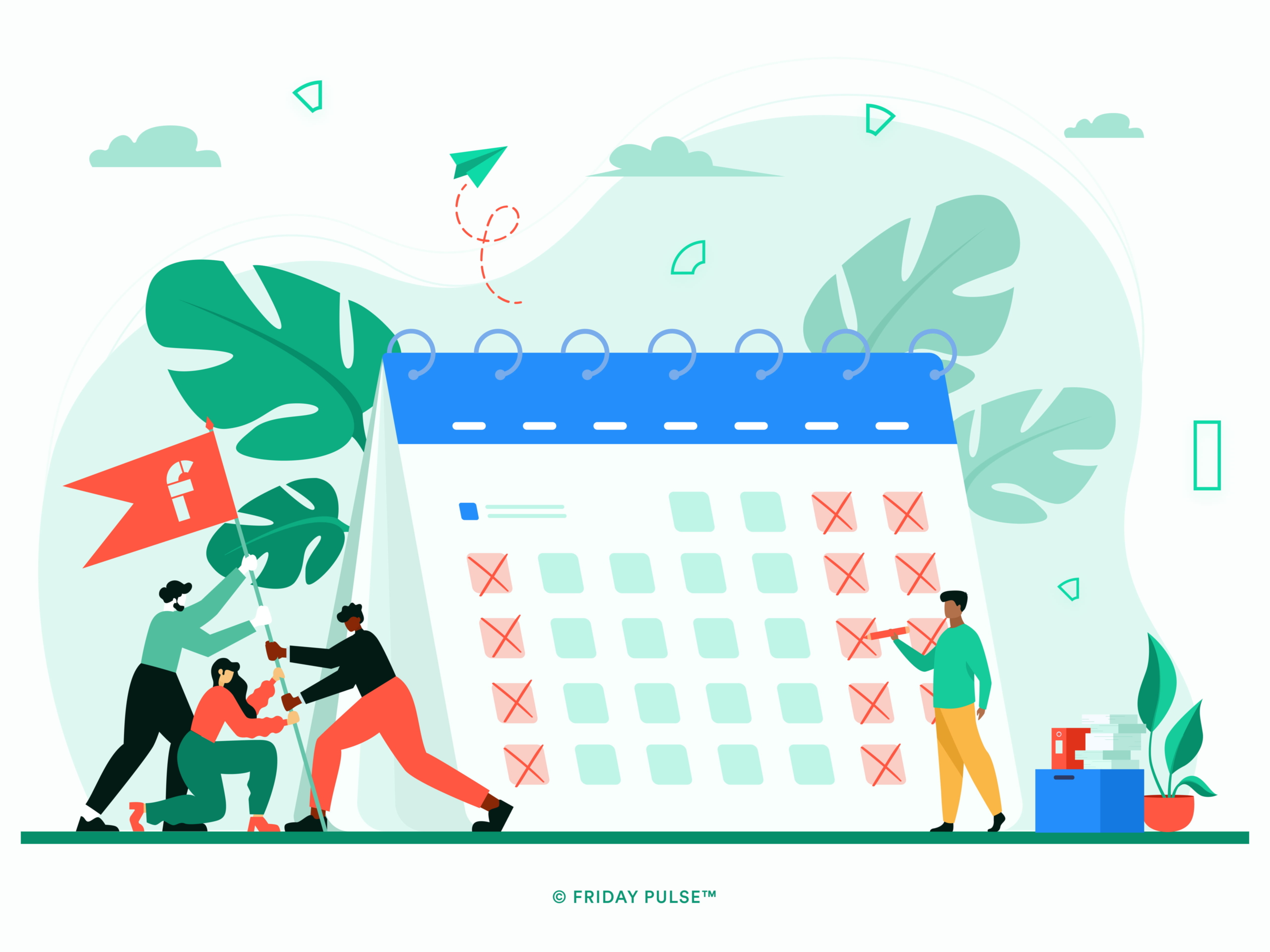 Why We Adopted a 4-day Work Week

When, at Friday Pulse, we realized that the pandemic wasn’t ending any time soon, we knew we needed to do something for our team. With people feeling overworked and on the brink of burnout, we switched to a 4-day work week to astounding results. Here’s a look at what happened.